I was playing around with Sysprep using unattended.xml when I hit a weird issue with VirtualBox and Encrypted folders on the host.

I mounted the folder with unattended.xml (and other files) inside the VirtualBox and started sysprep (sysprep+shutdown.cmd just executes the sysprep with the unattended.xml from the location and copies a SetupComplete.cmd to c:\Windows\Scripts).

When booting the VM I got the following error: 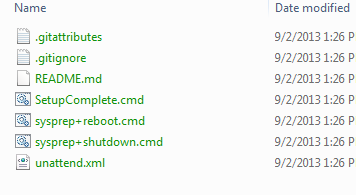 To investigate the error I hit up Shift+F10 and checked c:\Windows\Panther\setuperr.log, which had the following error:

By using the command 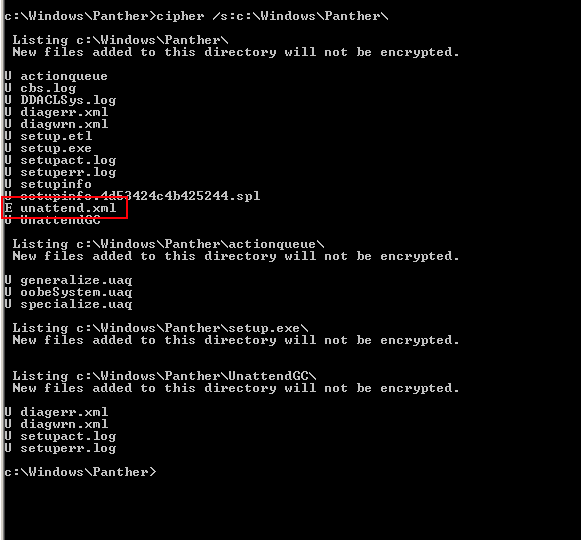 Notice the E, which means, Encrypted. 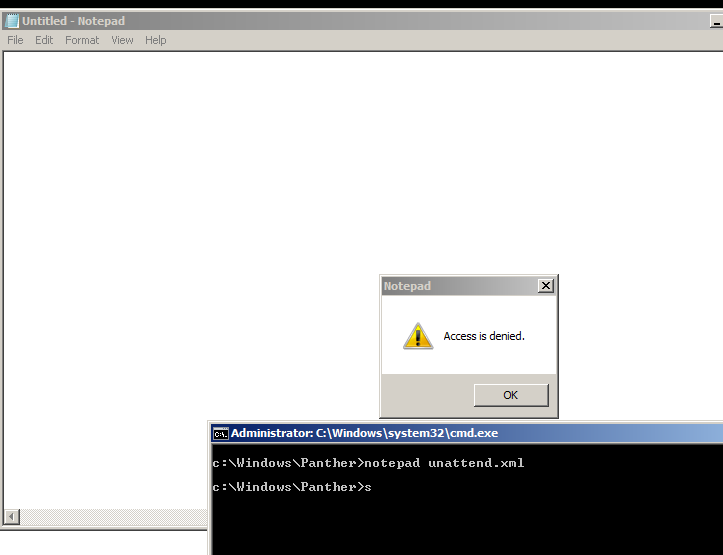 After removing the file with a Windows disk BEFORE the first boot (afterwards it doesn’t work it seems) the boot went fine, I sysprepped it again (with a non-encrypted unattended.xml) and all went fine.

So make sure you don’t copy unattended.xml to a machine that is encrypted. The your personal encryption keys don’t transfer to the new system.